In my life, love and travel have long been – and always will be – inseparable.  I will never forget the night I first discovered this, nor will I forget where that evening began – the Oyster Box Hotel in Umhlanga, outside of Durban, South Africa.

It was July of 1952 – the middle of winter in South Africa, though mild on the east coast due to the ocean breezes – and I was 21 years old. I had made plans to drive from Johannesburg to meet up with friends at the Durban July Handicap, South Africa’s premier horse race.  I was pleased to learn that Beatrice Lurie was also to be traveling to Durban to play in the Natal Tennis Championship, and even more delighted when she asked for a ride. Bea and I had dated a few times and become good friends.  I was delighted to have her company in the car, but we ended up giving a ride to a friend of Bea’s as well. The two sat in the back seat talking non-stop for the entire seven hours of the drive, relegating me to play the role of silent chauffeur for what seemed like the longest seven hours of my life.

Upon arriving in Durban, Bea announced the discipline she imposed on her schedule while playing in a tournament: Absolutely no socializing.  I was to be on my own.  That might well have been the last we saw of one another in Durban, but for a twist I now consider to be divine intervention; Bea pulled a muscle in her back which, while not serious, forced her to withdraw from the tournament.

Seeing my opportunity, I asked her out for that evening – alone – to the famed Oyster Box Restaurant, which had an elegant ambiance of times gone by, an Anglo-Indian outpost set on the coast of South Africa that served the finest oysters to be found anywhere.  Wanting to impress Bea, I dressed my best, with a red carnation in my lapel, and arranged to have the maître d’ seat us at the finest table in the house – number five – the place to see and be seen. 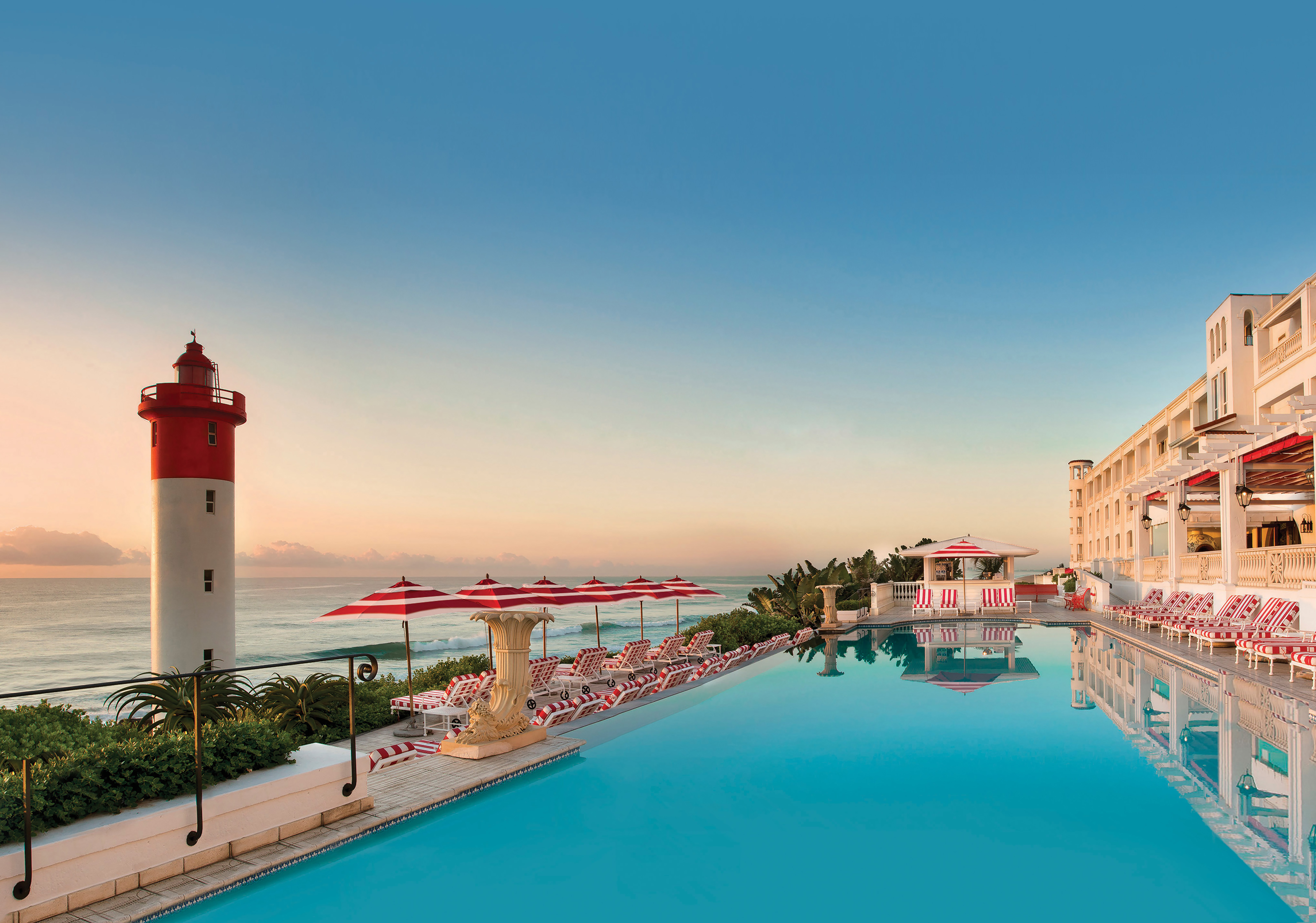 Bea admitted that she’d never before tasted oysters, but I persuaded her to order a half-dozen.  She tasted one and – under the watchful eye of our fellow diners – promptly spat it out onto the floor. It was hardly an auspicious beginning.

Later that evening, however, we found ourselves back in Durban, sitting astride a fence on a hill above a beach, laughing and telling jokes.  One of my favorite jokes called for a theatrical gesture, but while waving my arms I lost my balance, toppling over, tumbling down the sandy bank and landing in a crumpled heap on the shore.  As I tried to recover my composure and dignity, I realised Bea was laughing hysterically.

There is no doubt that this is the moment where it all began.

When people talk of “falling in love,” they are generally speaking metaphorically.  For me, the tumble was quite literal.  That night and those that followed, I came to realize what a magnificent woman Bea was – despite her distaste for Oysters.  Though I was on the verge of dropping out of pharmaceutical college with no feasible way of making a living, I shared my dreams with her, and she shared hers with me.  They were wild, audacious dreams of a life filled with adventures and travel to the most amazing destinations in the world, opening fantastic restaurants and running the world’s finest hotels – including, someday, the Oyster Box.

Even now, sixty-eight years later, I feel as though we are still on that first date.  The dreams we shared on that beach have become The Travel Corporation you know today, which I am deeply honored to serve as Chairman. We were married on March 7, 1954 – next month we will celebrate our 66th anniversary.  I am grateful every day to have found such a beautiful, inspiring, and capable woman as my partner, in both life and work.

It was fifty four years after that meal, in 2006, that we were entrusted with the opportunity to purchase The Oyster Box Hotel. By then it had fallen into disrepair and was in desperate need of remodeling. With Bea’s inspiration and guidance, our daughter, Toni, a brilliant architect, oversaw the renovation. In 2009 we welcomed nine hundred guests to the grand re-opening of the Oyster Box Hotel, conducted by none other than the Zulu King, Goodwill Zwelithini.  Today, The Oyster Box is consistently recognized as one of the finest hotels in South Africa.  It is one of 19 – soon to be twenty! –  Red Carnation Hotels, over which Bea serves as Founder and President, bringing her extraordinary vision, culinary genius, and her incomparable attention to those tiny noticeable touches that make guests feel truly welcome.  I believe these are the finest boutique hotels to be found anywhere in the world – at least on land. I must add those words because Bea is also the guiding visionary behind Uniworld River Cruises, each ship a floating boutique hotel which, through her efforts, are as magnificently apportioned and welcoming as those of Red Carnation.  As if that is not enough, it was Bea’s spirit and our shared love of travel that led me to found TTC’s newest brand, Luxury Gold.  Through its truly immersive and exclusive experiences, it offers travelers the opportunity to visit the places and people that Bea and I have come to know and love over the years, all in magnificent style, bringing back the golden era of travel.

Knowing Bea as I do, none of these accomplishments are surprising.  What is, perhaps, a little surprising, is the fact that she has come to love oysters.

This Valentine’s Day, it gives Bea and myself tremendous joy to know how our love has brought together so many other couples.  We think of the many TTC employees who have found their life partners while working in our family of brands, and of the countless travelers who have found love while on holiday with us.  More than anything, we are grateful for our family, carrying our dreams into the future as we embark on TTC’s second century. 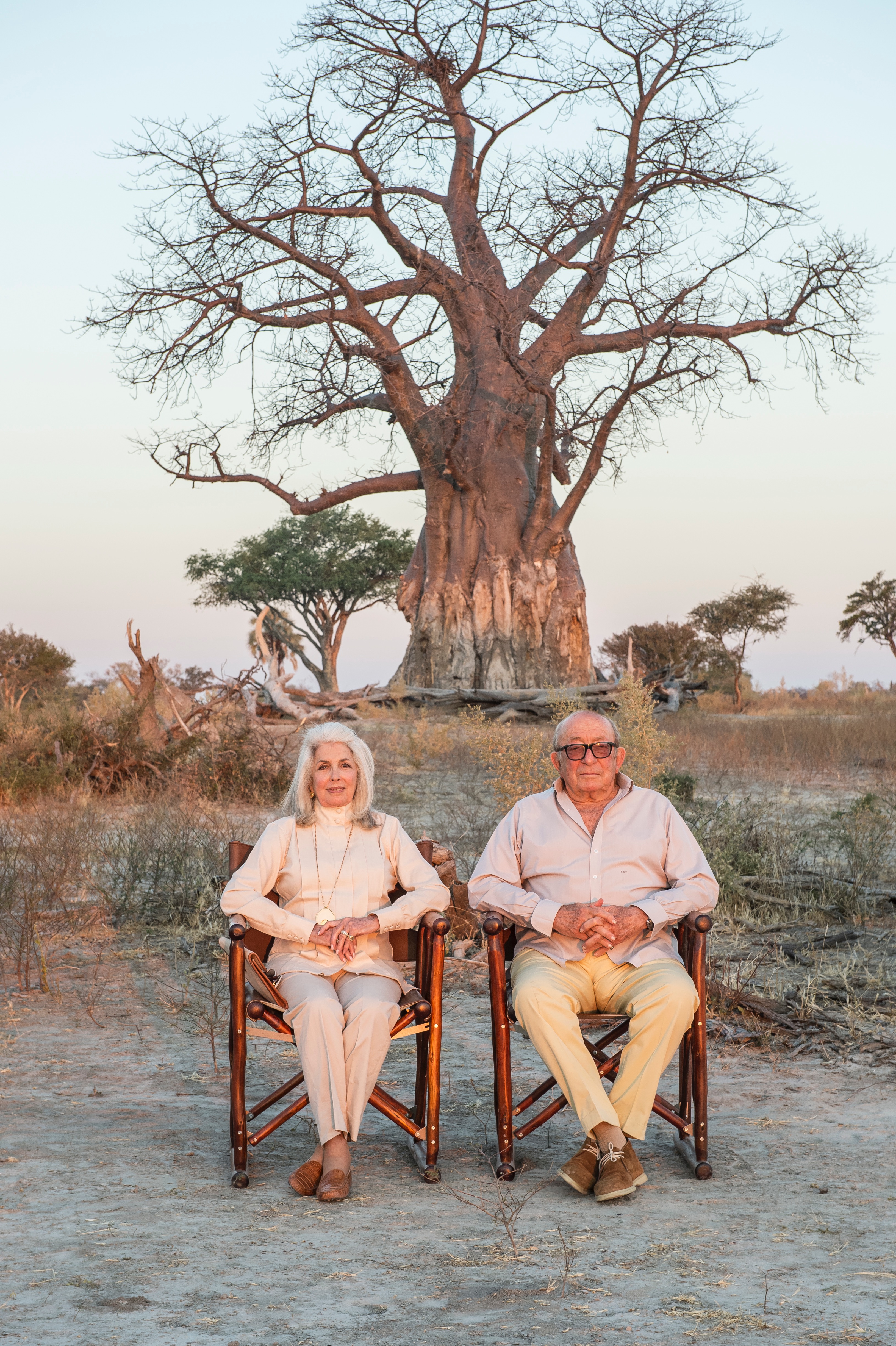 Wonderful as it is to have a day devoted to romance, Bea and I believe love is something to celebrate day in and day out, all year long.  There is no better Valentine’s Day gift you can give yourself and each other than planning a vacation together, either by visiting your travel advisor or at TTC.com. Doing so offers an experience you can book now and look forward to for months, yielding memories you will treasure for a lifetime.

Wishing you all the joy of love and travel, 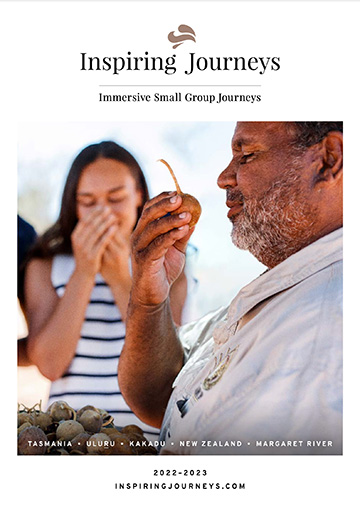