THERE'S no doubt Anthony Bourdain was a little rough around the edges, and possessed a pretentious predisposition to preach at his audience, but he sure knew how to inspire travel.

"If I'm an advocate for anything, it's to move. As far as you can, as much as you can," he said while wandering the world to make programs that blurred the line between reality television and documentary by blending food, travel and philosophy.

"The extent to which you can walk in someone else's shoes, or at least eat their food, is a plus for everybody. Open your mind, get up off the couch, move."

Bourdain's travels took him to Aotearoa New Zealand, in the early years of this new century, and he was so taken with an encounter that combined Kiwi flavours and Māori culture with pure landscape and sincere characters that he commented it was an experience that could prompt him to burn his passport and never leave.

During his time in the Land of the Long White Cloud – a destination that trusts the stories of two cultures to tell the tales of one country – he ventured to a remote beach to savour barbecued seafood and was welcomed into a marae to try a traditional Māori hāngī with ancestors of the land's first residents.

And while Bourdain's Aotearoa New Zealand experience was magical and memorable, it wasn't unique or unattainable. This is a destination that values incorporating significant and sustainable Māori moments into each travel itinerary, making it easy for every visitor to eat the same traditional NZ fare as the star chef.

Best of all, trying traditional food in this corner of the Pacific is not forced or artificial. Unlike in other parts of the planet, where traditional eating is something that's recreated for tourists, Māori food is still on the regular menu with families preparing the same plates presented to visitors seeking the hospitality that so moved Bourdain.

BUT FIRST, WHAT IS MĀORI TRADITIONAL FOOD? 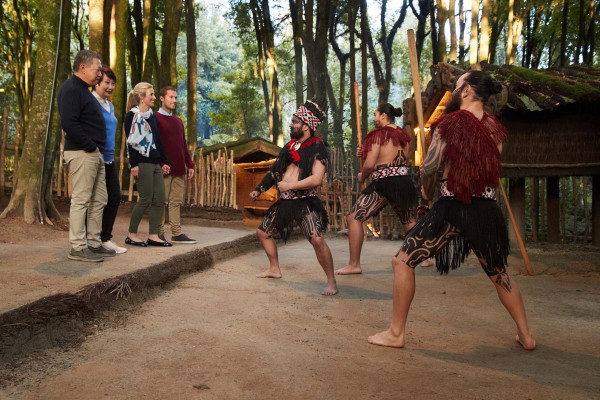 If we could only use three words to define traditional New Zealand cuisine it would be cultivated, hunted and gathered. The first people to call the landscape home, who arrived in seven canoes paddled across the Pacific from far-away Polynesia, relied on a diet of what grew naturally and what they brought with them during the long journey.

"The ancestors of the Māori brought edible plants from their homeland, including kumara, yam and taro," the Te Ara Encyclopedia of New Zealand explains.

"In Aotearoa (New Zealand) the climate was colder than home and Māori used sophisticated cultivation techniques to adapt these crops to the new environment. Aotearoa was originally covered with dense native bush, and its wild ferns, vines, palms, fungi, berries, fruits and seeds became important foods. They hunted a wide range of birds, and seafood was vital to their diet."

The conventional diet was augmented by new staples – carrots, cabbage, potato, pumpkin and sweet potato – when the first British settlers arrived in the late 18th century and the Māori also began to cultivate wheat and corn and reared sheep, pigs, goats and chickens.

IT HAS TO BE A HĀNGĪ

A Māori hāngī is as Kiwi as the haka, with this ancient custom surviving the test of time to continue providing the culinary foundation for everything from a special occasion to a daily family dinner.

Today those first core ingredients are wrapped in mutton cloth or placed in a wire basket, arranged on hot stones or smouldering coals that sit at the bottom of a shallow hole in the earth, and buried under a heavy layer of soil or sand to steam for several hours in an underground oven.

That cooking time provides a chance for guests to sit and chat or wander through an untamed landscape, while today's travellers are often invited to enjoy a cultural performance that features traditional singing and dancing before sharing the wholesome food.

These days the most popular ingredients are sweet potato, carrot, pumpkin and cabbage with chicken, pork, lamb and sometimes seafood. The components are organic by default, because they are grown on family farms or by artisan producers practising eco-friendly agriculture, and the experience is sustainable with community groups engaged in offering these valuable insights into an authentic slice of Kiwi life.

A HĀNGĪ WITH INSPIRING JOURNEYS

The Inspiring Journeys team believes a New Zealand tour isn't complete without experiencing the delights of a hāngī, and a traditional earth-cooked feast is a feature of The Long White Cloud which is our epic 19-day adventure across both islands between Fiordland National Park and Auckland.

Local dining experiences are an Inspiring Journeys' signature – and a commitment to The Travel Corporation's MAKE TRAVEL MATTER® pledge that lets responsible tourists enjoy sustainable moments when they holiday – with a hāngī the highlight of the two-night stop in Rotorua.

Guests make an after-dark visit to Tamaki Māori Village, an enterprise owned and operated by a local group working to preserve their culture and pass it to future generations, and enjoy a customary welcome and cultural performance before dinner is served by hosts that learned this style of heartfelt hospitality from previous generations.

Travellers with less time to explore can appreciate the Tamaki Māori Village hāngī during The Endless Shore, a shorter eight-day outing across the North Island that also pauses in New Zealand's geothermal heart for a two-night stay.

THE BOIL UP IS MĀORI FOR BROTH

The old Kiwi "boil up" – typically potato, pork and pūhā – is not nearly as famous as the hāngī but dates back to the days when the Pākehā, the first British settlers, brought new ingredients from their Northern Hemisphere homeland.

The climate and rich volcanic soil provided the perfect conditions for potatoes to thrive, it didn't take much to fatten a pig, and the native pūhā sow thistle grew in abundance so it made sense the ingredients would make the base of the Kiwi diet in the 19th century.

The plentiful components were thrown into a pot to make the famous "boil up" broth, with this comfort food still an occasional feature on menus celebrating Aotearoa New Zealand's nostalgic one-pot favourite.

With the Tasman Sea crashing on the west coast, and rolling Pacific Ocean waves breaking against the wild and weather-beaten eastern shoreline, it's no surprise the earliest residents turned to the sea for sustenance and included seafood in their daily diet.

Pāua is taonga – translated, abalone is considered a treasure and a gift from the god of the sea – with the creamy-white flesh a rare treat and the dazzling blue-green shell used in Māori carving.

Tio is the prized Bluff oyster, now harvested by fishermen from families working on the deep for decades, with March until August the prime period to sample this delicacy.

The Māori consider kūtai – or plump green-lipped mussels – to be traditional health food with the trademarked New Zealand Greenshell a vital source of protein, low in fat, agreeable for those counting calories, and a good source of omega-3.

MĀORI FOOD IS FRUITS FROM THE FOREST

Māori mythology tells us that the creator of the first human also created the forests, with this understanding eternally connecting the two. The tale tells us guardian Tāne Mahuta made the bush by separating his parents – his earth mother Papatūānuku and sky father Ranginui – in a moment that let light into the world.

It's no surprise the spiritual Māori find so much nourishment in the forest with flaxseed oil providing antioxidants and fatty acids, mānuka honey used for its medicinal properties, and the seven edible varieties of pikopiko fern shoot known as bush asparagus.

Kiwi watercress kōwhitiwhiti grows on the edge of freshwater features and adds a mild mustard flavour to a dish when eaten raw or cooked, and pūhā is a bitter-tasting thistle that's served cooked beside pork.

ICONIC KIWI TASTES THAT ARE HARD TO FIND

Muttonbird – or tītī in Māori – and huhu grubs are two bygone delicacies that are now hard for locals and travellers alike to taste.

Fossicking in the decaying logs of fallen trees may reveal a colony of wriggling huhu grubs that taste like peanut butter when consumed fresh or fried, while the short tītī seasons mean these birds that are around the size of a small duck can only be purchased between April 1 and May 31 making them a rare delicacy to sample.

The New Zealand government has issued a call to avoid some traditional Māori delicacies, especially those from the sea, because the way harvesting occurs is damaging the environment.

Dredging is often employed to catch tipa queen scallops and kina sea urchins, with this unsustainable practice damaging the seabed, while whitebait was so popular with previous generations of Kiwis who loved it in fritters and chowder that four of the five indigenous species are now endangered.

LOOKING BACK BY MOVING FORWARD

Aotearoa New Zealand is experiencing a culinary renaissance with an enthusiastic crop of contemporary chefs – hailing from the country's many cultural groups – embracing the ideals and ingredients of Māori traditional food to make this a dynamic destination for discerning foodies.

But reviving, reinvigorating and reinventing traditional food in New Zealand is part of a more significant movement that has seen a chunk of the population proudly adopting the most positive aspects of Māori culture since the 1970s.

The government has a campaign to get 1 million Kiwis speaking te reo Māori by 2040, phrases like the iconic and lyrical kia ora greeting have already become part of the mainstream vernacular, and the haka is performed everywhere from school assemblies to international sporting arenas.

Serving tītī in a fine five-star restaurant, putting sustainably-caught kūtai on a trendy food truck menu, or inviting travellers to join locals for a hāngī at a neighbourhood marae are just some of the more important moments needed to guarantee cuisine and cooking techniques will endure for future generations. 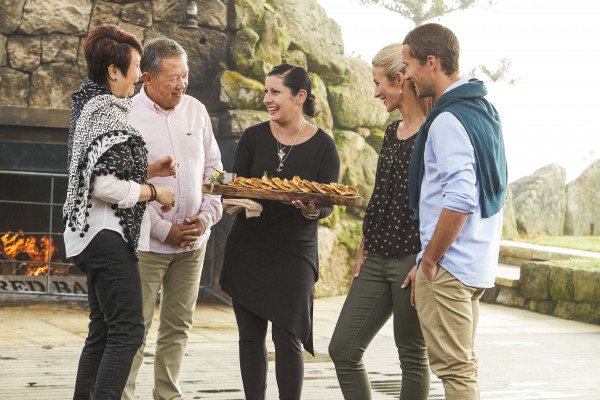